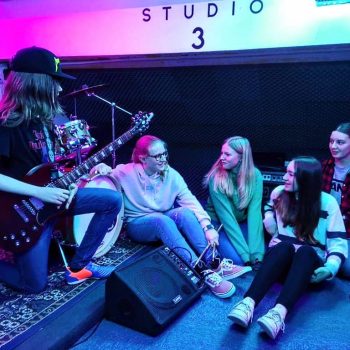 Studio 3 is a newly formed band which grew out of the Bicester Rock School. They have been together for 18 months and have already established themselves in their local music scene. The band consists of Emily (vocals), Katie (drums), Isla (bass), Elise (rhythm and back-up vocals) and George on lead guitar. Studio 3 are a rock/pop band and despite their average age of 14 they put a new and mature twist on well-known songs.