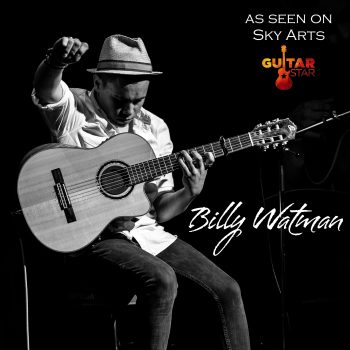 Billy is an 18-year-old Classical / Fingerstyle guitarist, currently studying at the prestigious “Royal College of Music” in London. In 2016 he reached the final of Sky Arts “Guitar Star”, appearing on TV with George Benson, Tony Iommi and David Bowie’s producer Tony Visconti, who described him as a little genius. In Spring 2019 he toured the UK to promote his debut album “Riversong”. In early 2020 he will appear as special guest of Mobo award winning saxophonist YolanDa Brown on series 2 of her CBBC show “YolanDa’s Band Jam”, which will be broadcast worldwide. See: https://billywatman.com.